The paper jointly published by CVTE and Sun Yat-Sen University was selected into CVPR 2018, a top-level conference in computer vision

As the highest level of conference in the area of computer vision in the world, Computer Vision and Pattern Recognition (CVPR) has been held for 31 years. Statistics showed that this year’s conference has received more than 3309 submissions and adopted 979 papers. Image Blind Denoising With Generative Adversarial Network Based Noise Modeling, a paper jointly published by the Central Institute of CVTE and Sun Yat-Sen University, put forward a new method for image denoising. 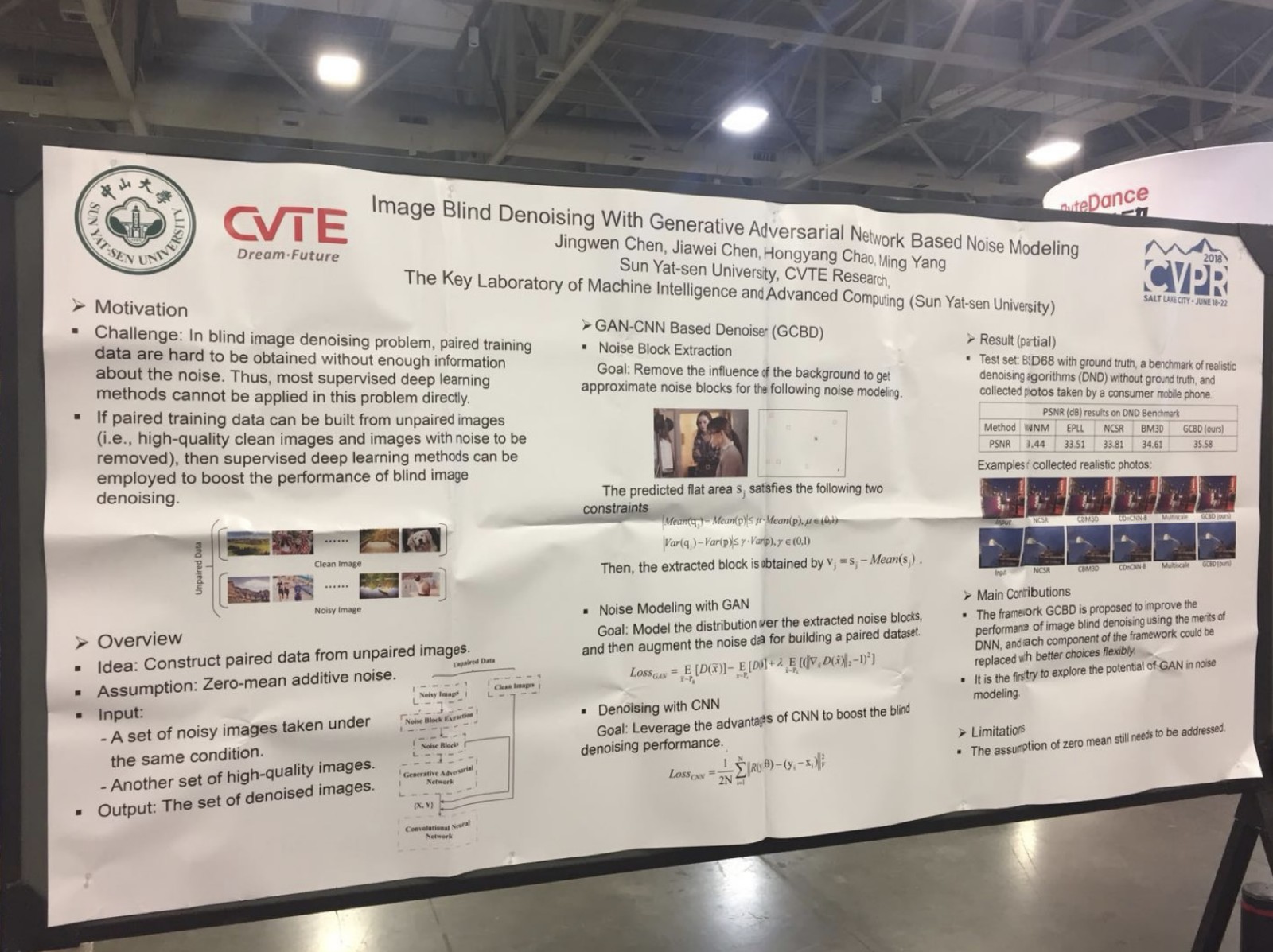 The five-day conference this year was held in Salt Lake City, the capital city of the U.S. state of Utah. The participation rate saw a record high, and over 6,000 domestic and international researchers in total from the academic and industrial worlds were present. The computer vision team of the Central Institute, CVTE’s institute for science and technology and innovation, also showed up at the event. They discussed the cutting-edge research results in computer vision with other participants, and performed a series of exchange activities. 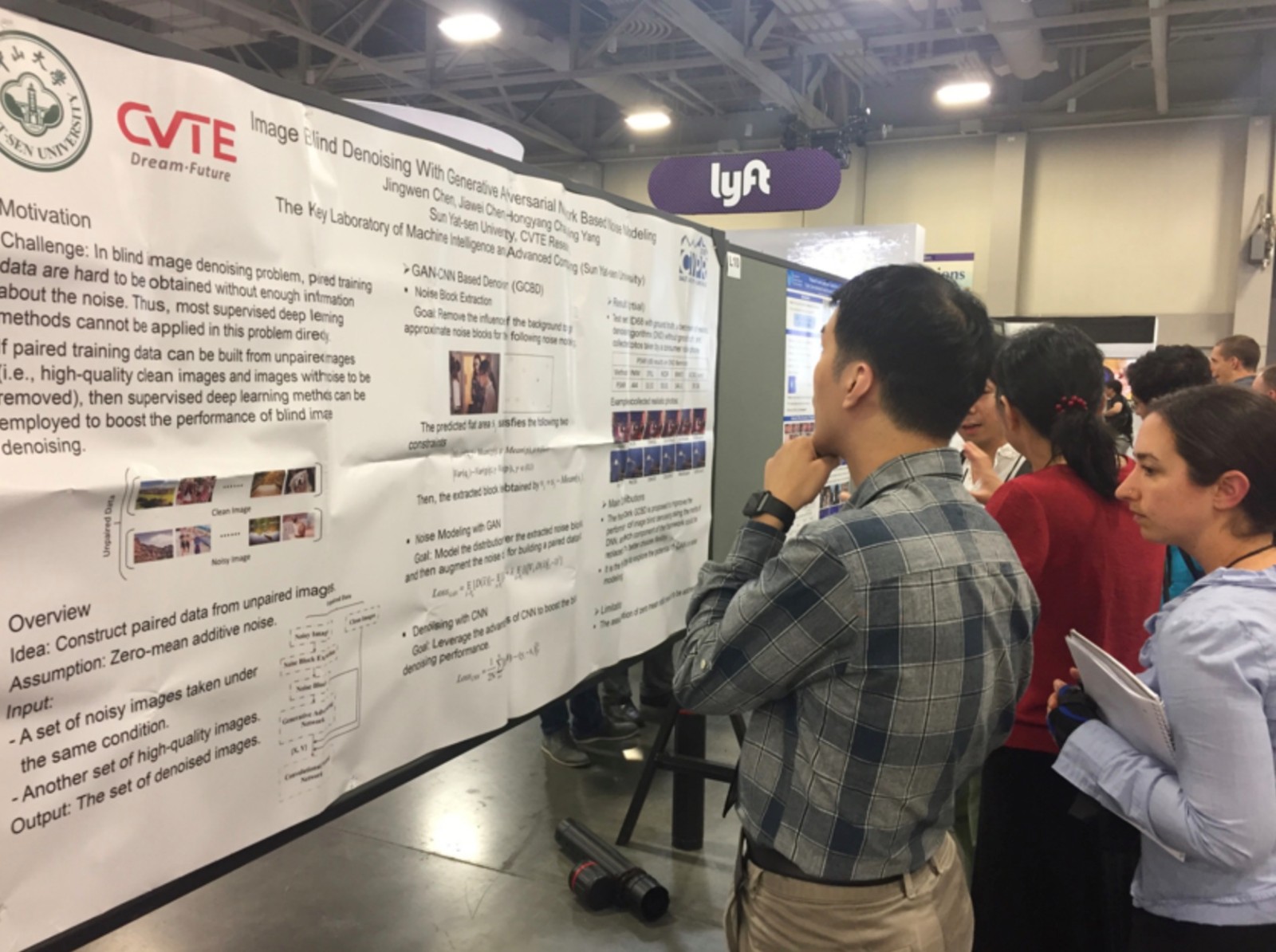 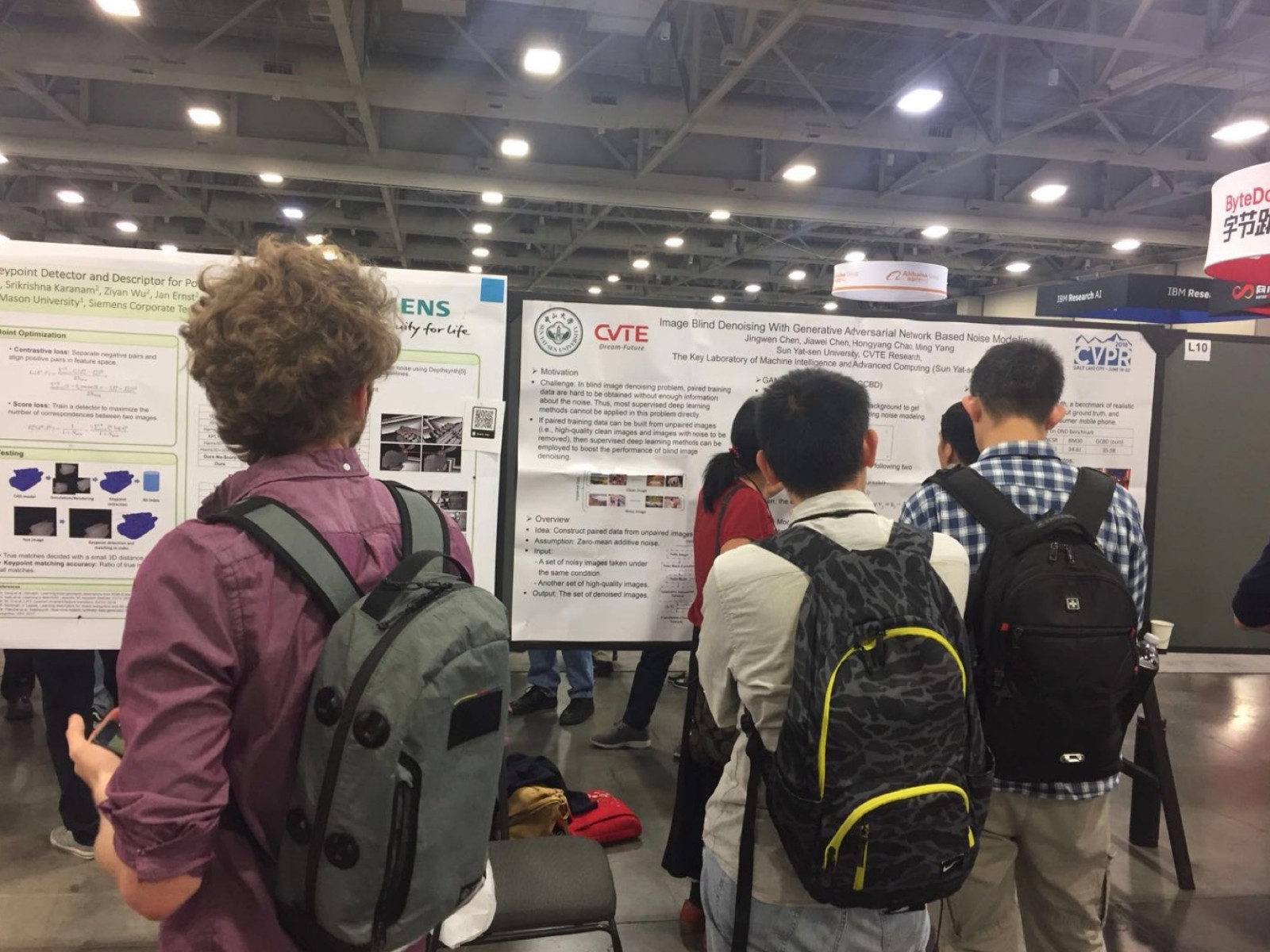 In addition, it is worth mentioning that 149 sponsors and exhibitors participated in this year’s CVPR (CVTE was a gold sponsor). Chinese enterprises were a highlight. 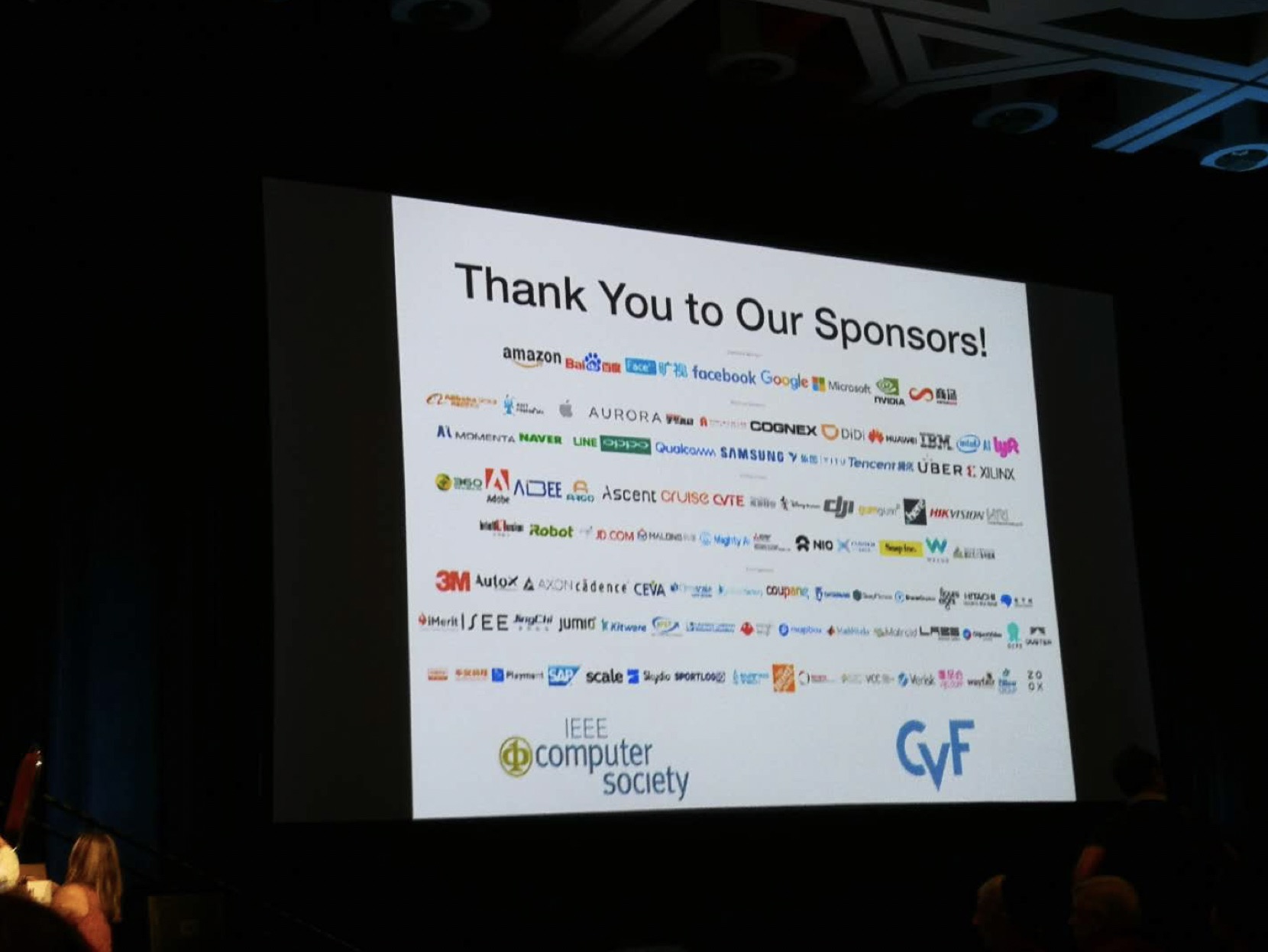 In recent years, with the fast development of computer vision and artificial intelligence around the world, Chinese companies and Chinese people from academia are playing a more and more important role in high-level world academic meetings. With the company’s accumulation in multiple businesses, the Central Institute of CVTE is committed to the computational studies of computer vision problems such as image processing, image understanding, video understanding, etc., and is planning to apply its study results to future education, corporate services, smart living, industrial automation, and other vertical areas to create more concrete values in the industry.

Next:CVTE launched its new products in the MAXHUB X3 series