After the blood sampling, the personal information of the donors and the human leucocyte antigen (HLA) classification testing information of blood samples will be included in the China Marrow Donor Program, which will pair them with hematological patients all over China and even the world and inform them of the donation once the pairing succeeds. 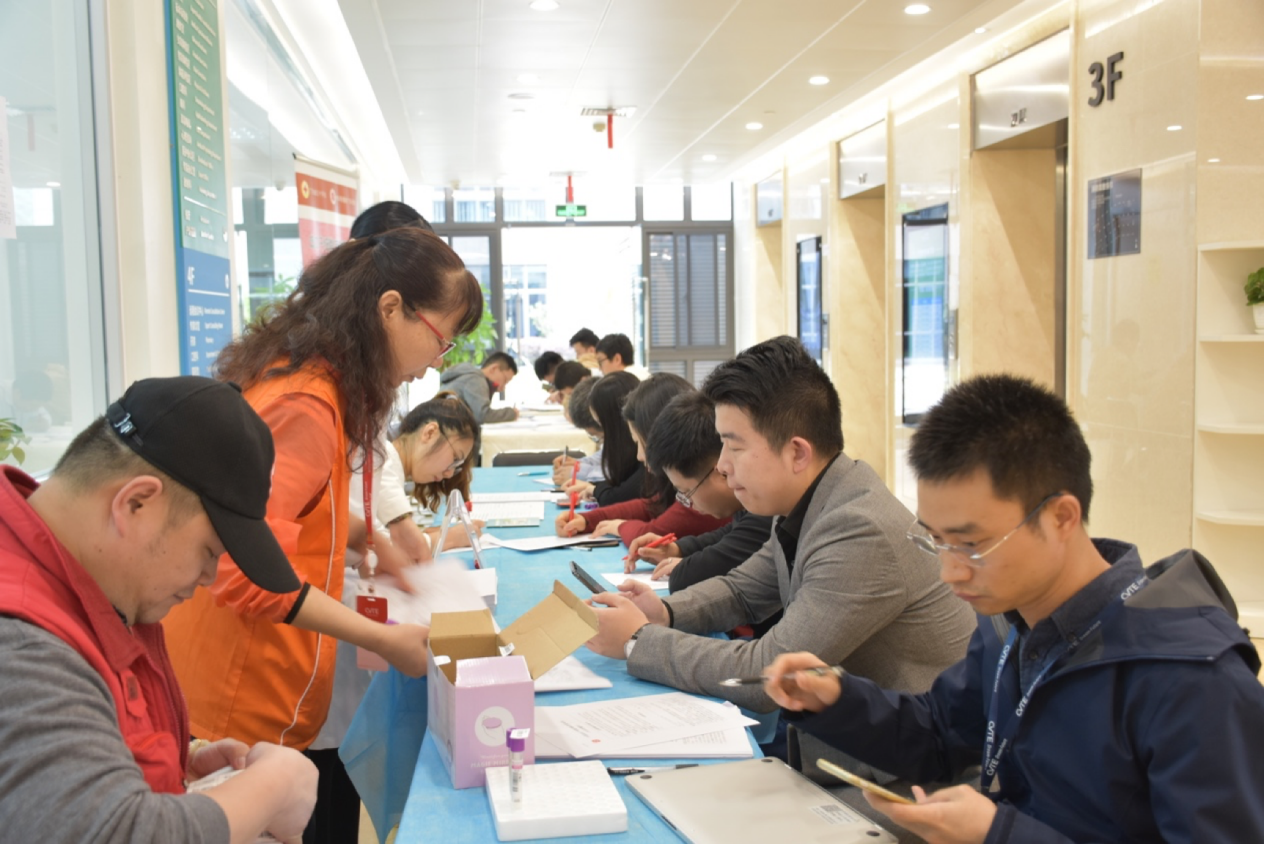 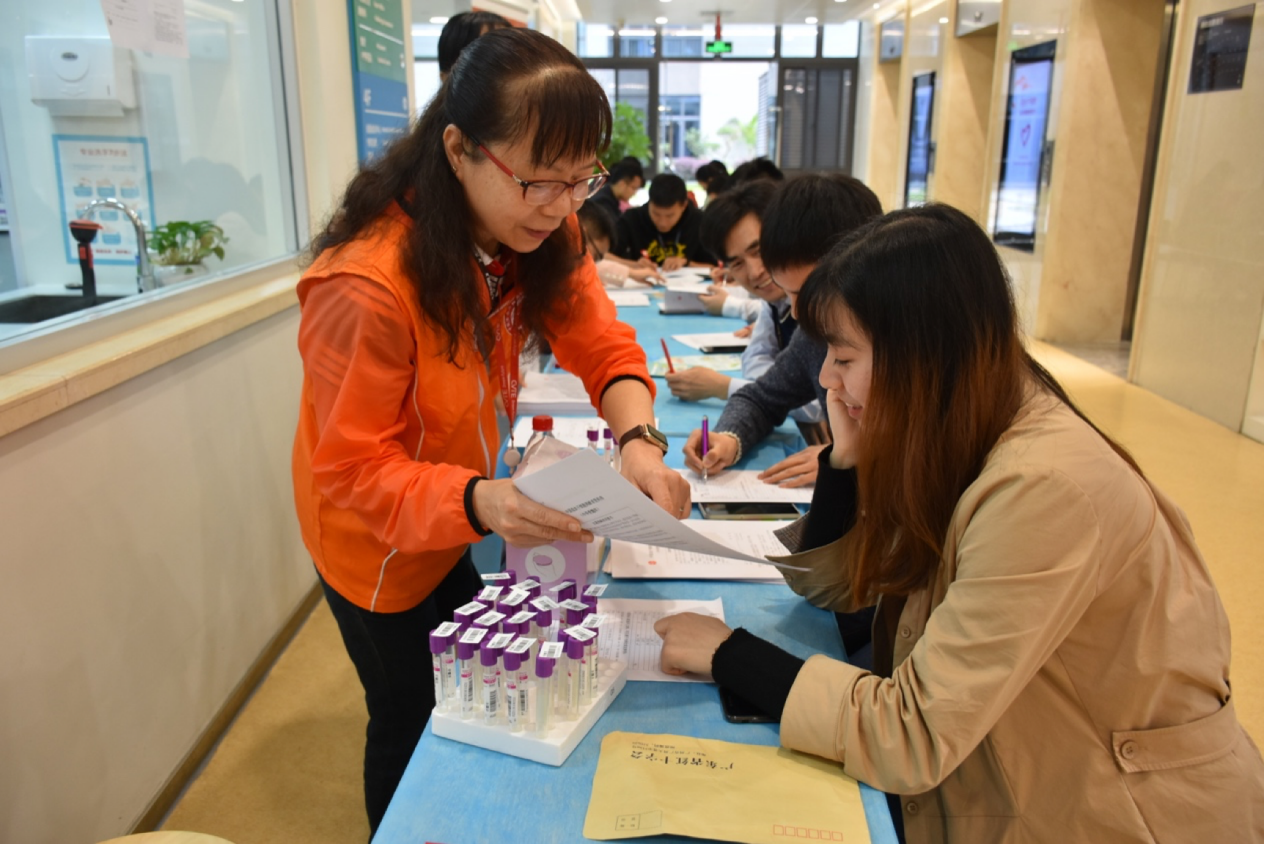 Jie, a post-95 young supply chain platform employee participating in the activity, has had many blood donations. “I came to know about the activity from the advertisement displayed in the company’s corridors. In the past, I thought that the hematopoietic stem cell donation was painful and dangerous. Not until I searched the information and consulted the doctor did I know that it causes no damage to the body and the process is even very relaxing. Most importantly, it gives a patient the chance to survive. Therefore, I decided to become a donor.” He added that he has been spreading the knowledge to his friends to try his best to influence more people to donate.

Song Yan, a business salesperson, mentioned that the day of signing for the donation happened to be the birthday of his two-year-old son and becoming an honorable hematopoietic stem cell donor was a special birthday present for his son. He said, “We are just ordinary people. However, under the company’s influence and organizing, we can also do something extraordinary. Since I have a deep understanding of the anguish of the distressed family, I would do something to give them bigger hopes.” 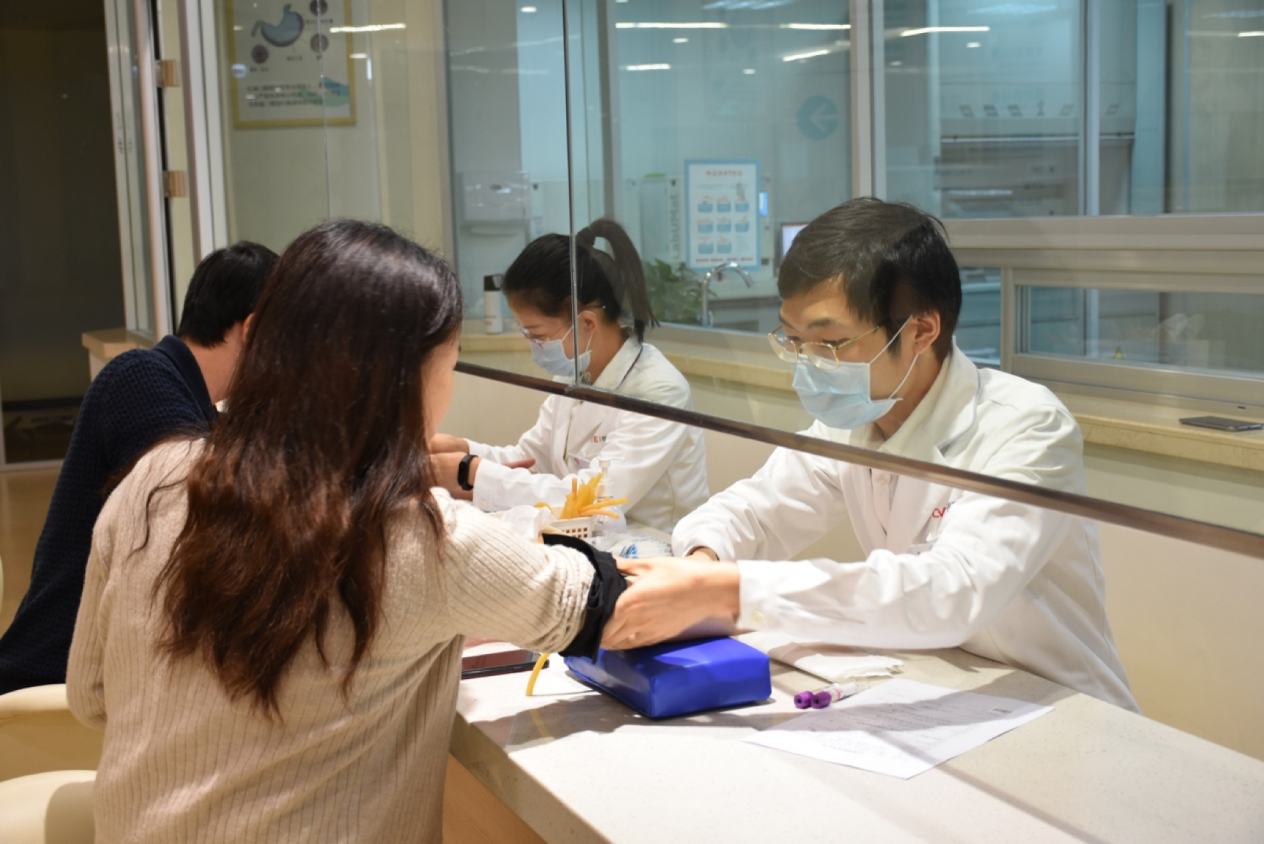 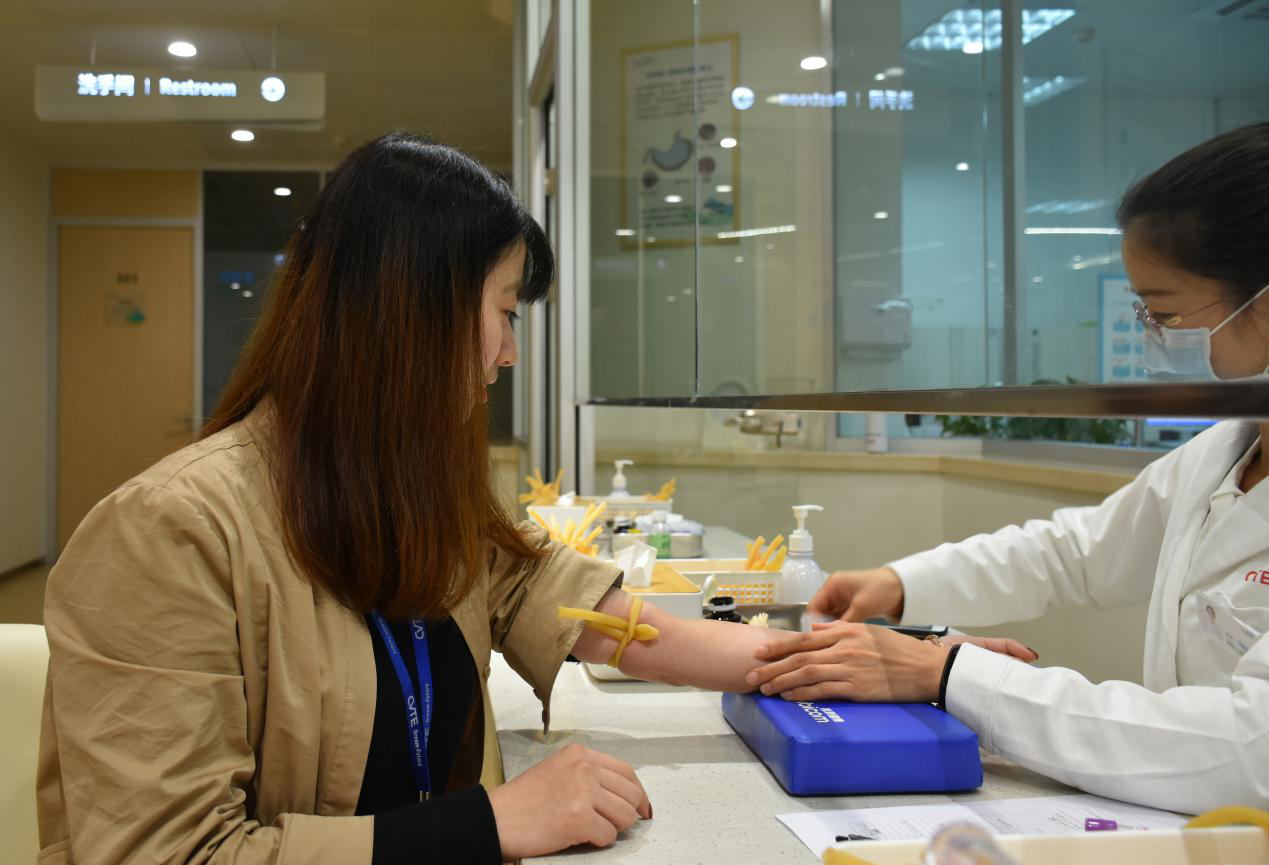 Eight years ago, Ling Ling, who was a civic-minded undergraduate student, signed for the hematopoietic stem cell volunteer recruitment program and contributed her blood sample after seeing the advertisement of the Red Cross Society at her school, becoming a hematopoietic stem cell donor of the China Marrow Donor Program. Seven years later, she received a phone call telling her that her blood sample had been matched with a patient. After a test, she decided to be the donor without hesitation.

Recollecting the process of donating the hematopoietic stem cell, Ling Ling said that she had no intense discomfort. On the contrary, she was most impressed by the letter of thanks from the patient, which made her feel that her decision had truly saved a life and a family. “I just happened to do something I am capable of.  If I had another chance, I still would be the donor. If everyone has made the decision, you can do it fearlessly because you may save a life.” 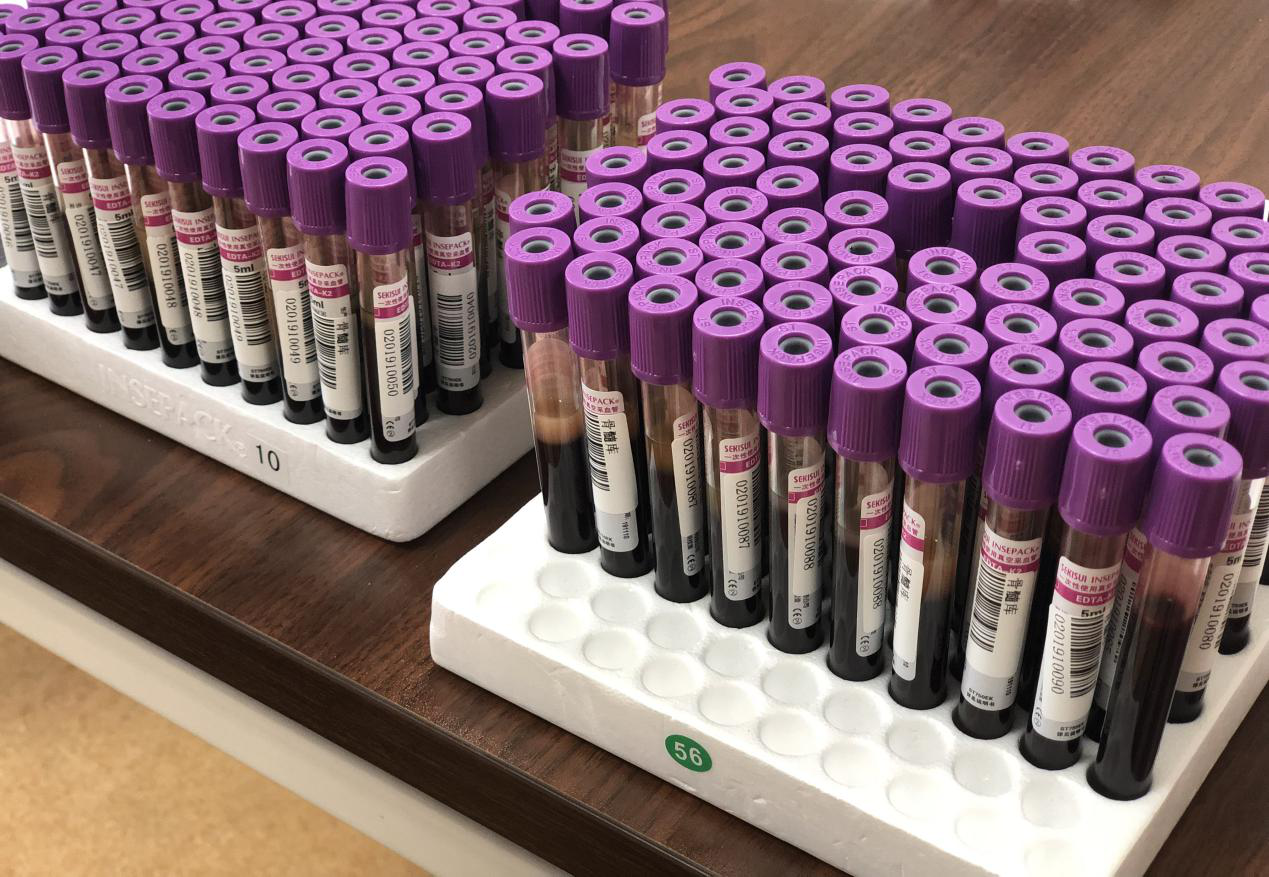 The collected blood samples will be sent to the matching laboratory for the HLA classification test and included in the database of the China Marrow Donor Program. This means that these 8ml blood samples will be the hopes for a new life for patients someday. Such a seemingly insignificant act saves not only lives but also others’ world.

Director Huang of the Guangdong Branch of the China Marrow Donor Program, claimed that volunteers from CVTE outperformed those from other enterprises where the Society gave propaganda lectures and organized activities of sampling and storage with their number and willingness. He hopes that CVTE could encourage more people to donate hematopoietic stem cell with its pro-active participation and action to give hopes to more patients.

The great love is beyond words. CVTE will continue to appeal to more people to become donors, pass the “spark” that rekindles patients’ life and create more wonders of life.

There are two methods to collect the hematopoietic stem cell. One is taking the bone marrow hematopoietic stem cell by drawing the bone marrow blood from the ilium of the donor, who is under general or local anesthesia. The second one is collecting the stem cell from the peripheral blood by hemapheresis after injecting the mobilization agent into the donor.

By now, there are no domestic and overseas reports of damages caused by collecting hematopoietic stem cell from peripheral blood to the donor.*

**The names of all the interviewed employees are pseudonyms.